Datatel is one of the UKs most experienced data cabling companies. We have over 30 years of experience and knowledge in structured data cabling installation, which allows us to offer you the best in cabling and service.

Over the years Datatel has taken the time to listen to our clients. We understand that budgets have become more restrictive, and that there has been an increasing push towards cost cutting. Unfortunately, this cost cutting has forced people into using cheap cabling solutions which can develop problems that result in a data network which underperforms. We believe in always using quality products so that we are giving you a solution that lasts. Datatel prides itself on delivering a quality solution within a budget that suits you. We will never compromise on quality.

If you have a new data cabling installation, or your current solution requires an update, Datatel can provide you with a free quote which will outline the available options to suit your needs.

Datatel can also offer ongoing network infrastructure support where needed. We only use accredited and experienced engineers in our projects. Our engineers will provide industry-leading expertise to give you total reassurance across our full range of installations. Datatel can provide the following services…

A structured cabling system is an important layer to your business infrastructure. With the right solution and installation, it can prove to be a very long lasting and cost-effective base for all your communication needs. Category 6 cabling and above will give you the confidence that your business is future proofed.

One of our project managers will arrange a free site visit to get a full understanding of your requirements. They will be able to give you all the options available and advise you on the most cost-effective solution to meet your needs. They will ensure that the project moves smoothly, with as little disruption as possible.

Datatel can offer many different structured cabling installation solutions. Datatel are one of the leading companies that install this kind of cabling for data networks. Structured data cabling is the foundation to all data networks in any business.

Datatel recognises that data cabling is the backbone of any data infrastructure. We are experts in the installation of various structured cabling solutions including category 5e cabling, category 6, category 6a, category 7, category 7a, category 8 and fibre optic cable. 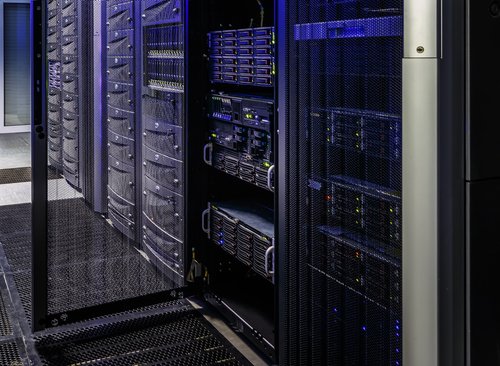 Datatel can offer maintenance for your cable network. Network maintenance means we will check and test cables for any faults, as well as keeping cabinets and communication rooms tidy. Our trained engineers and test equipment can identify potential problems before faults arise, this early detection can reduce any down time or network errors. Maintenance can be offered as a one-off service, or as a maintenance contract.

Cat 5 is one of the older categories of copper wire data cable. It was the standard cable of choice in the mid-90s and mostly consisted of two twisted pairs. It allowed up to 100 Mbps ethernet at up to 100m in dista

Cat 5 was surpassed by Cat 5e. This ‘enhanced’ version of Cat 5 offered significantly improved performance, including up to 10 times faster speeds than cat 5 standard. Cat 5e cables are typically 24-gauge twisted pair wires. Cat 5e supports 1 gigabit speeds and with bandwidth up to 100MHz and less interference than its predecessor. Cat 5e is the lowest category cable for gigabit Ethernet, it’s a cost-effective solution for applications such as media streaming.

Cat 6 was introduced in 2002. Its copper wires are more tightly wound than cat 5 cables and has a higher signal to noise ratio. This has led to Cat 6 being more popular than its predecessors and is used widely where there are multiple and simultaneous network demands, including large data transfers and video conferencing. It remains the dominant data cable in todays market. Cat 6 supports 10 gigabit speeds with bandwidth up to 250MHz. If using 10 gigabit speeds, cat 6 cable can be used at a distance of 55 metres.

Cat 6a has double the bandwidth of Cat 6 (500MHz) and far less interference. Cat 6a is useful where a greater distance needs to be covered – where 10 gigabits of speed can travel up to 100 metres compared with a maximum of 55 metres for Cat 6.

Cat 7 has a much thicker layer of shielding than its predecessors. This thicker layer of shielding gives Cat 7 maximum protection from interference. Cat 7 can transmit 10 gigabits up to 100 metres. It has a bandwidth of 600MHz. Cat 7 also has the capability to transmit 40 gigabits at 50 metres and up to 100 gigabits at 15 metres. Due to these cables being thicker, they have reduced flexibility so may be less suitable for large commercial installs.

Cat 8 is the next generation of copper cabling, it’s the latest & fastest category of ethernet cabling currently available. Its recommended applications would include environments that need maximum data transmission such as hospitals, government facilities and data centres. Standard bandwidth of 2000MHz with the capability to transmit 40Gbps. Cat 8 is limited to 30metres cabling length.

Whether your business is moving into a new office that needs to be cabled, or your office requires an upgrade on your current system, Datatel will ensure that we make this an easy transition. At the start of the project we will plan with you and ensure that your business has as little interruption as possible. We offer all your electrical needs and containment as a one stop shop with a single point of contact, giving you peace of mind and confidence.

Once you have a basic floor plan detailing what connections are required, we can arrange for a free on-site survey. Following a free site survey, we can provide you with a no obligation quote. This will outline what cabling work is required, how long it is likely to take and what the cost will be. Where possible we will give options for you to consider and an engineer can go through these with you. For example, if moving into a new office, there may be pre-existing telephone cabling which can support your telephones. Our design team can advise you whether it is usable or if you should consider extending or replacing any pre-existing cabling system with new structured cabling.

Our experienced engineers will then design a structured cabling solution that allows for future growth. Installation will be carried out with minimal disruption to your business. All our installation will have detailed documentation and labelling to assist with future changes. Datatel engineers are all experienced and accredited allowing you peace of mind that your project will be delivered on time, on budget and to the highest standards. 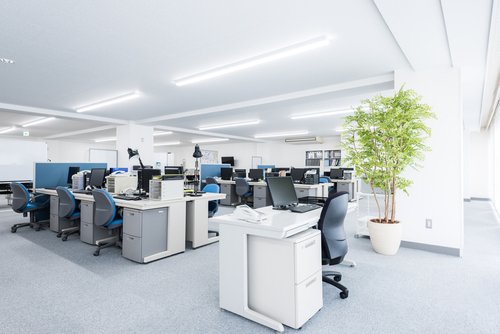 Over 2000 clients have put their trust in Datatel... How about you?